Word From the Herd: A Harley Birthday

Posted on January 18, 2013
One of the things that we love about our two venues is how they can be transformed to fit almost any theme.
A prime example of this is the AMAZING Harley Davidson Themed 75th Birthday Party that was hosted by the ever creative Gosselin clan last weekend at the Benjamin Ranch.  You might recall some of their past events and creations.  Seriously, when they get together there is no stopping their event awesomeness. 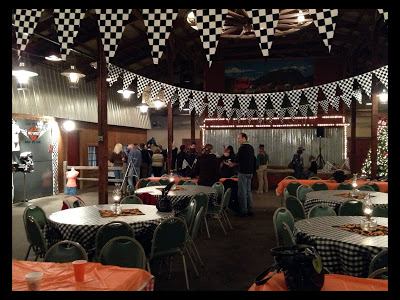 This party was a surprise celebration for Milt, their loving father and grandfather.
When he walked into the barn over at Benjamin Ranch he had no idea what was in store for him that afternoon… 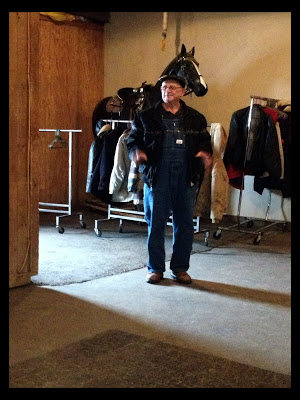 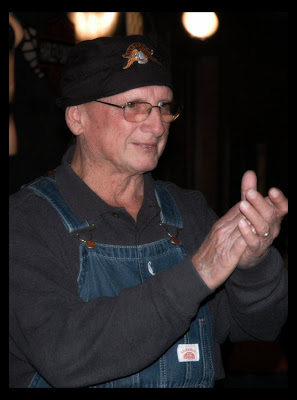 People from as far back as Milt’s childhood friends were invited to celebrate his big 75th birthday.  Michele, his daughter, created the invitations using a picture that she had taken when Milt purchased his Harley (we told you he’s a wild one!) and had them printed through Shutterfly.  Shutterfly is a great invitation resource and you can often find great deals on their printing services. 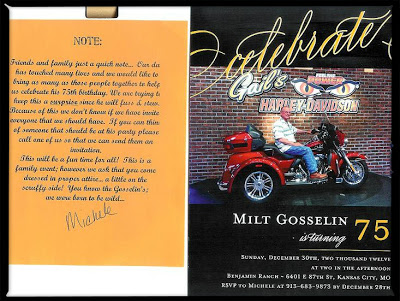 To get everyone in the party spirit, they were greeted at the door by the Gosselin family.  All of the guests were given a dew-rag, tattoos (fake, of course), and a name tag which included how they knew Milt.
Milt was even suited up with big birthday gift of some hot new chaps…

The decor is really what set this event apart.  With just a few additions, they were able to transform the barn into a wild motorcycle evening for this milestone party!
Take the cake table for example…it’s one that you might not expect to see at a 75th birthday party. 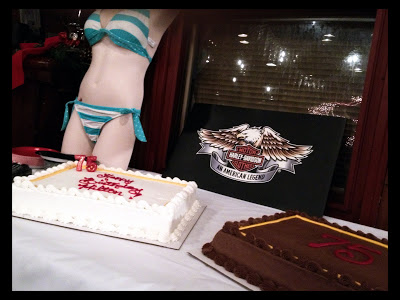 Let’s just say – the “hot bod displays” were really the icing on the cake and a perfect addition to the Harley theme.
Speaking of those Biker Babes, the mannequins and their sassy attire came from local thrift stores. 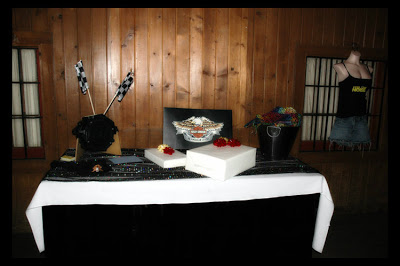 As for the Harley engine replicas that were scattered throughout the party place, they came from P-Ayr Products in Leavenworth, KS.

One of the highlights of the evening was the amazing photo wall.  Lisa Gosselin, Milt’s daughter-in-law, rigged up this beauty by painting some to resemble sheet metal and adding a Harley-Davidson vinyl logo (have we mentioned that she is the queen of vinyl?).  She then added some racing flag decor that Michele had found to really give it a pop! 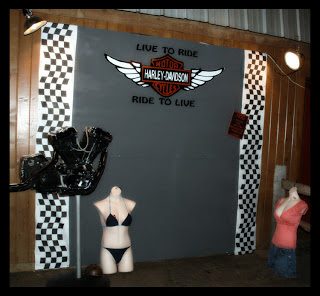 This photo booth was a great idea!
They first used it as the perfect backdrop for Milt to model his new biker attire to the tune of “Bad To the Bone.”  After that, it was not only was it a fun activity for the guests, but it also provided some really neat and out of the ordinary family and friend photo keepsakes… 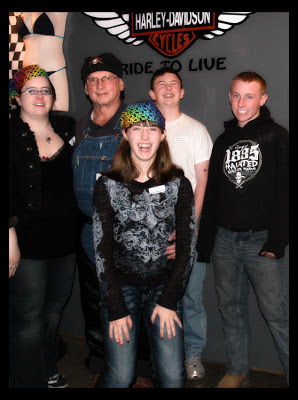 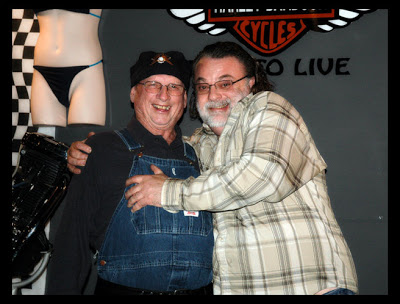 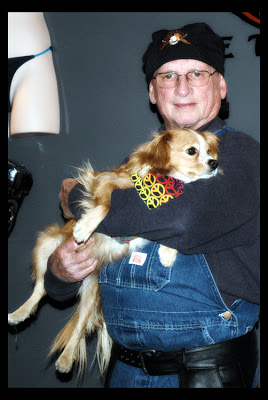 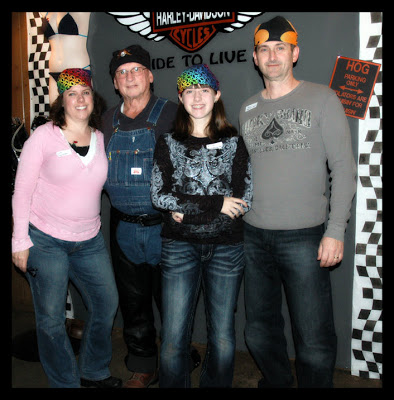 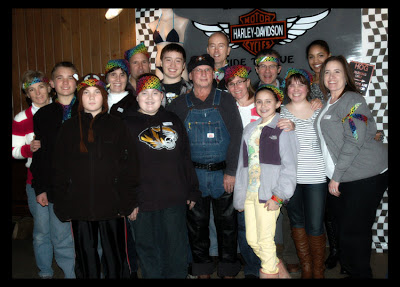 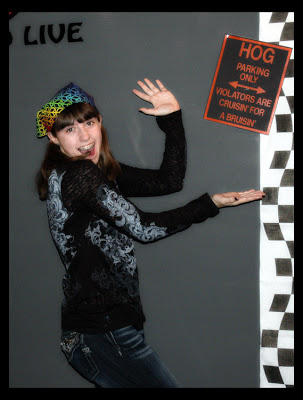 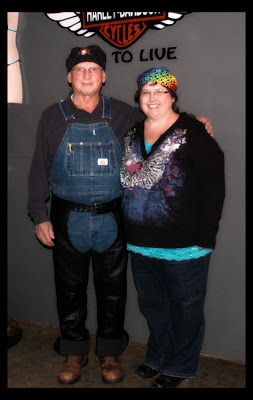 The Biker Babes even got some extra attention here ;o)

Like father, like son.
The party people then chowed down on some amazing food that included Faulkner’s smoked wings (teriyaki and plain), mozzarella sticks, chips and salsa, popcorn, firecracker crackers, and more. 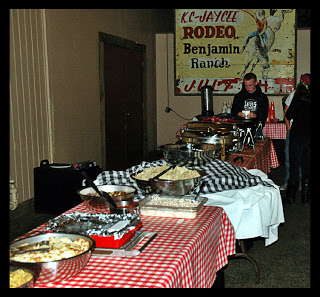 They also had pedal car races, a corn hole toss, bull riding and other games available for their guests to play and enjoy. 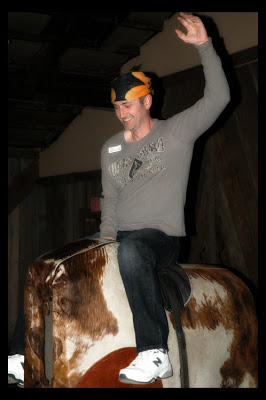 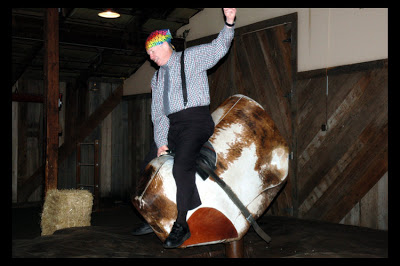 Overall, this was a super fun party with lots of fantastic memories!  Thanks to the Gosselin clan for bringing some wild fun to the Benjamin Ranch!

Interested in having a special party to celebrate a loved one?  Check out our website and then give us a call at 816-761-1234!  We’d love to help you plan a wild night of your own!

Have a great day ya’ll!

~ Your Friends at Faulkner’s