Word From the Herd: Richard and the Mechanical Horse

Posted on August 4, 2012
Here at the ranch we always have a lot of projects going on.
Here’s Richard to give you a behind-the-scenes sneak peek on one of our latest (and super fun) projects.

Word From the Herd: Mechanical Horse Restoration
by Richard
This project involved the mechanical and cosmetic restoration of a coin operated horse.
Bob bought the horse at a local auction, and while it was operable, it was in pretty sad shape 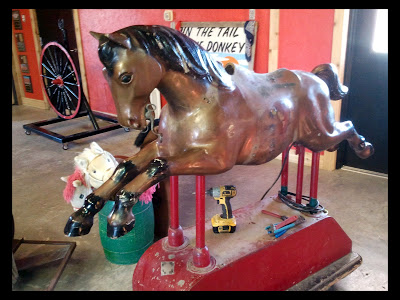 Here we see some of the damage, and the hole for the original coin mechanism which will have to be filled. 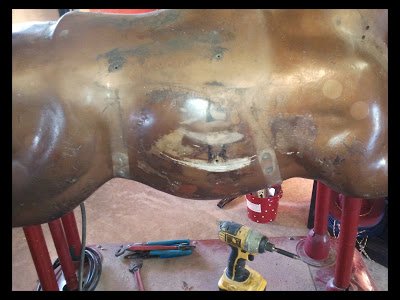 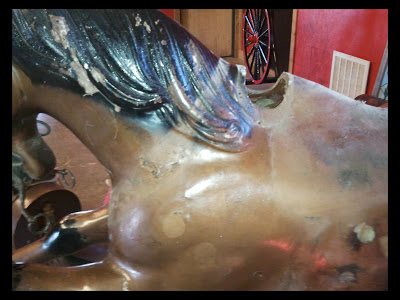 The manufacturers plate.  This machine was built by The Exhibit Supply Co. of Chicago.
I believe it was likely built in the early 1950’s. 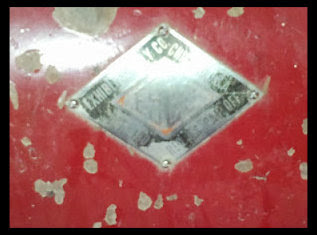 This photo shows part of what would be the long and arduous process of removing the old paint.
I estimate that the horse had been repainted at least three times, and each time it would receive both base color, and the detail color in places such as the mane, tail, hooves, etc…
This resulted in eight or more layers of paint in places.
I was able to strip the paint mechanically in some areas, but the fine detail of the head and the tail required a chemical stripper.  The stripper had to be mild enough not to damage the sixty year old fiberglass, but mean enough to remove the paint.  The very cold weather, and the need to wash the stripper off after each application also added to the difficulty. 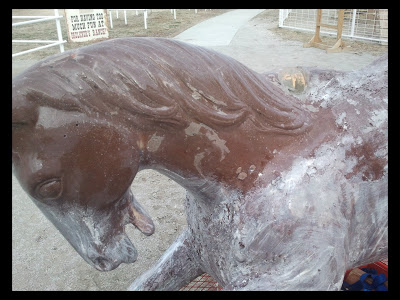 Cracks, chips, and other damage had to be cleaned, and in some cases, enlarged, to allow the new resin to bond to the old fiberglass. 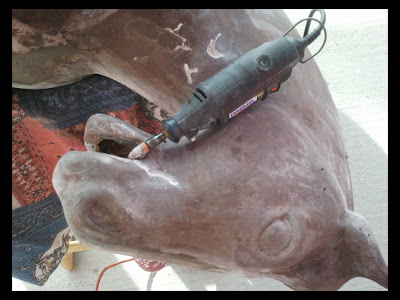 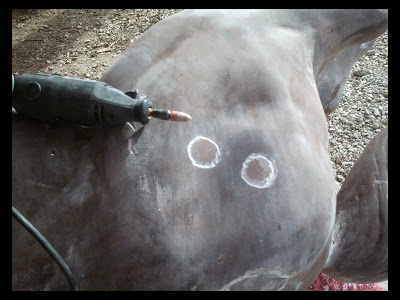 The first layers of resin were applied, then sanded.
Once they were relatively smooth, a coat of primer was applied to act as a ‘guide coat’, allowing me to better see areas which required further attention.  There are perhaps a total of five or six guide coats, much of which is sanded off to achieve a smooth finish. 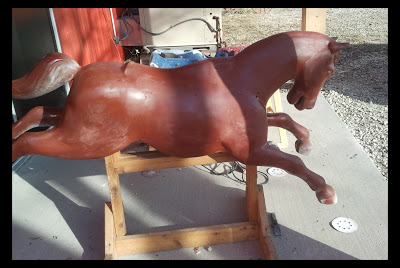 Once an acceptable surface was obtained, the final coat of primer was applied. 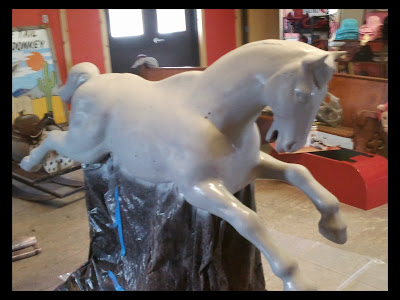 The first coat of color. 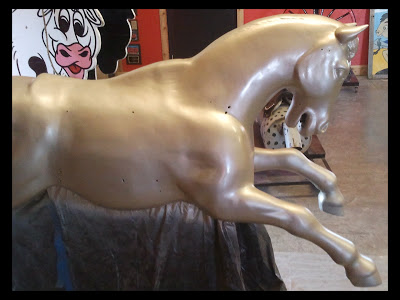 Painting the detail colors with a brush. 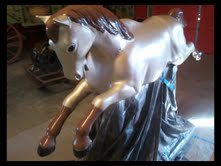 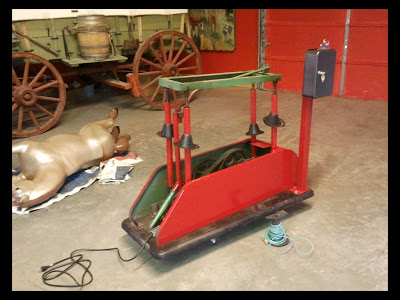 Complete and ready to go.  This shaky photo was courtesy of my Mom. 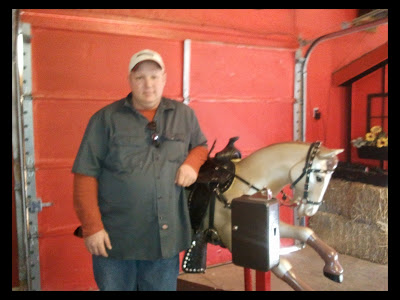 This has been a really fun project, with a few challenging twists and turns.
I’m glad to know that this old guy (the horse) will be around for another fifty or sixty years, bringing joy to children of all ages.
-Richard

Thanks Richard!  I think we all can agree that it looks awesome! Just check out this before and after folks… 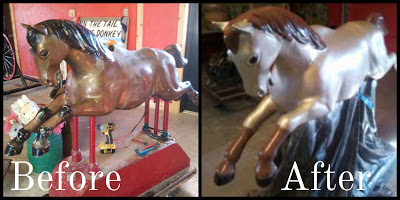 Be sure to stop on by the ranch this Pumpkin Season to take a ride on our shiny “new” mechanical pony!
Have a great day ya’ll!
~Your Friends at Faulkner’s