Posted on April 26, 2013
This week has been one full of sadness for the Faulkner Family.
As some of you may already know, Marilyn Jo Nauman, the dear sister of Bob, Dick, and Judy passed away on Monday from cancer and other complications. 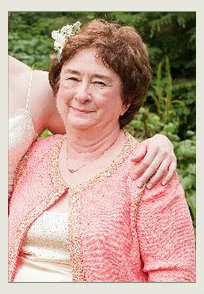 Her obituary reads:
Marilyn Jo (Faulkner) Nauman, 76, passed away April 22, 2013 after a short illness. Marilyn was born in Kansas City, Mo. She graduated from Witchita State University. For more than 30 years, she worked as a tax preparer at H&R Block Premium until her retirement in 2012. Marilyn was predeceased by her husband of 50 years, E. Bruce Nauman. Survivors include her daughter, Cindy (Paul) Baglow of Niskayuna; her son, J. Michael (Rene) Nauman of Little Rock, Ark., as well as six grandchildren, Melissa (Mark) Arsenault of Pottstown, Pa., Brandon Baglow, Laura Baglow and David “Buddy” Baglow of Niskayuna, and Edward Alexander and Rachel “LaLa” Nauman of Little Rock and one great-grandson, Anthony Forlano of Niskayuna. She is also survived by one sister, Judy (Woody) Blake and two brothers, Richard Faulkner and Robert (Marilyn) Faulkner, all of Kansas City. Calling hours will be from 5:30 p.m. to 8:30 p.m. on Friday, April 26 at the Daly Funeral Home, 242 McClellan St., Schenectady. Funeral services will be Saturday morning at 10:30 at the Daly Funeral Home. Burial will immediately follow in Parkview Cemetery in Schenectady. Memorial contributions may be made to the City Mission of Schenectady, 425 Hamilton St., Schenectady, NY 12305.
But Marilyn Jo was so much more than what her obituary says.
In addition to being a beloved wife, mother, grandmother, sister, aunt, and friend, she was so many amazing things that made her the incredible woman that she was.

She had a passion for traveling that ran deep in her veins.  Through her life her journeys led her to all corners of the earth.  She had countless stories from the experiences she’d had all over the world.
She loved dollhouses and had collected several beautiful ones in her home.  Whenever she would visit her family in Kansas City, she would always take them to the local dollhouse museum.
She had such a special relationship with her granddaughter, Melissa.  She was so incredibly proud of her and all that she had accomplished.

She spent many a night on the phone with her sister, Judy, talking about anything and everything.  Many times they would look at the clock only to realize that they had been talking for hours and it was well past midnight.

She was also incredibly fond of her dog, Manny, a gentle giant who kept her company in her New York home. 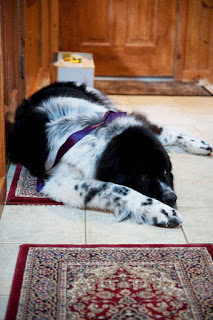 She was cultured and refined, extremely smart and well-read.
Beautiful inside and out.
A compassionate and accomplished woman who lived a full life filled with lots of love and family. 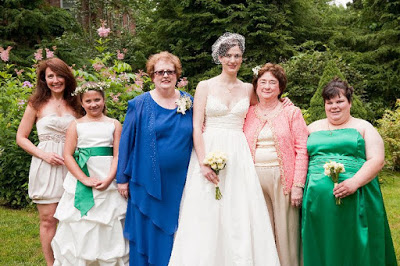 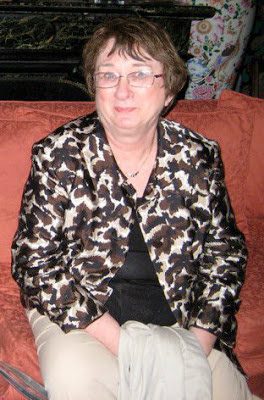 While we feel that she was taken to soon, we find comfort in knowing that she is in a better place, with GrandMary and Granddaddy and her loving husband, Bruce.
We will miss you, Marilyn Jo!

Posted on October 7, 2011
Faulkner’s Ranch and Pumpkin Farm is a family owned, family operated, and family loved business.
Each season you can find the entire Faulkner family either working or just hanging out on the farm.
For those of you who have been visiting us since the beginning, you might recall that Faulkner’s Pumpkin Patch used to be located a few streets over.  When we moved to our new location, we wanted to make sure that we added some very special touches as we were building the new barns.
For example, have you seen the pony murals at the entrance of the Pumpkin Farm? 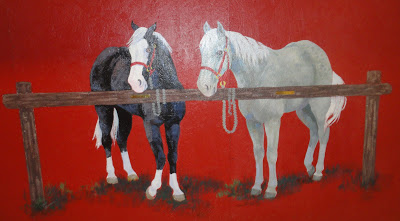 If you look closely, each pony has a nameplate next to it… 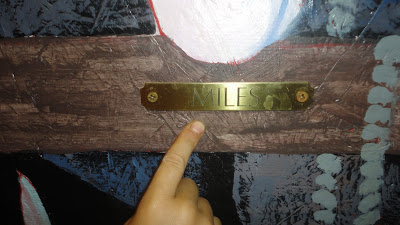 Each pony is named after a grandkid in the Faulkner family. 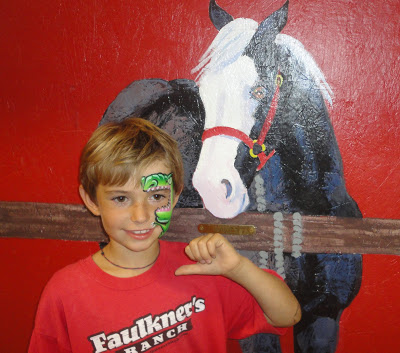 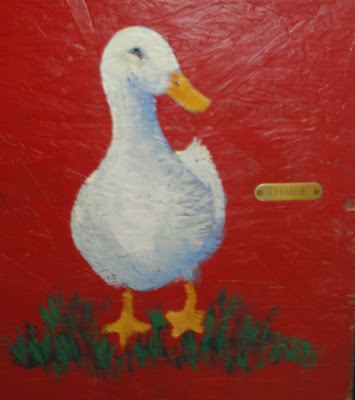 The ducks are fondly named after the Uncle Clyde and Charlie, who would travel to Kansas City each year to work on the pumpkin farm.  This past December, Clyde passed away suddenly.  It just isn’t the same on the farm without him, which is why this pumpkin season is dedicated to his memory. 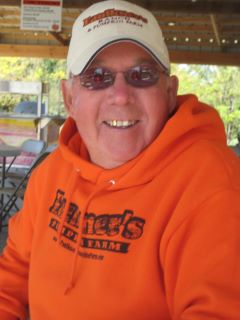 We miss you Clyde!
All of the murals were painted by Pat Barron, a local Kansas City artist and amazing friend of the Faulkner family.  In addition to painting, she also teaches horseback riding lessons and has taught each of the grandkids how to ride.

So, the next time that you’re out at a ranch stop and see if you can find some of these special details!

We look forward to seeing you out on the farm!

~Your Friends at Faulkner’s